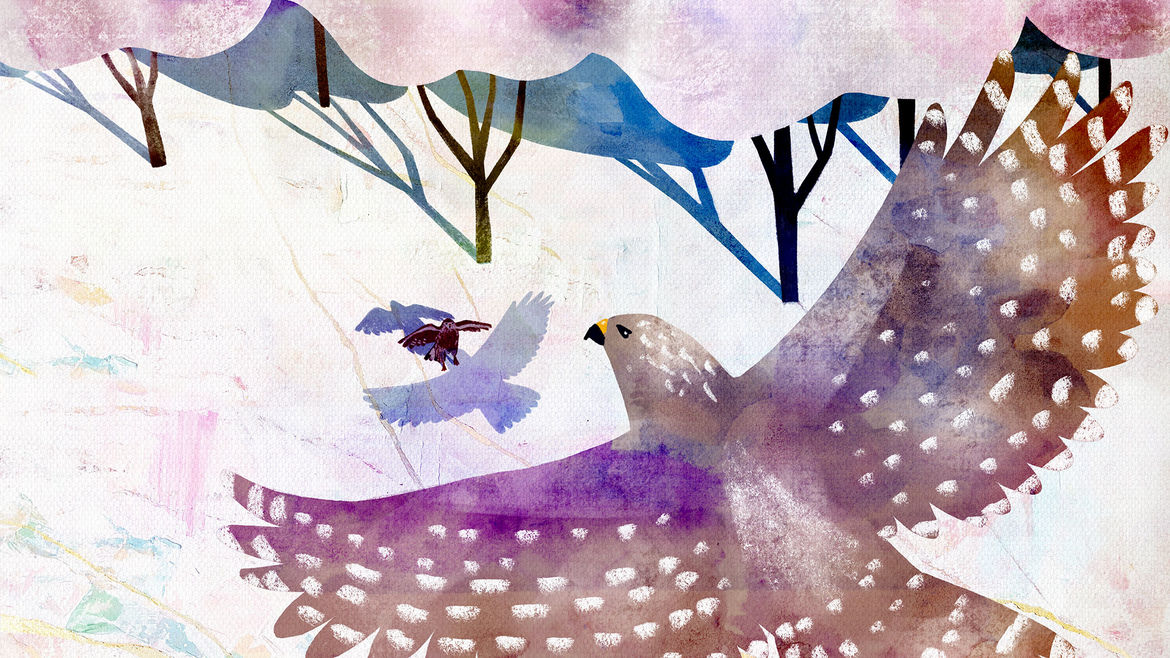 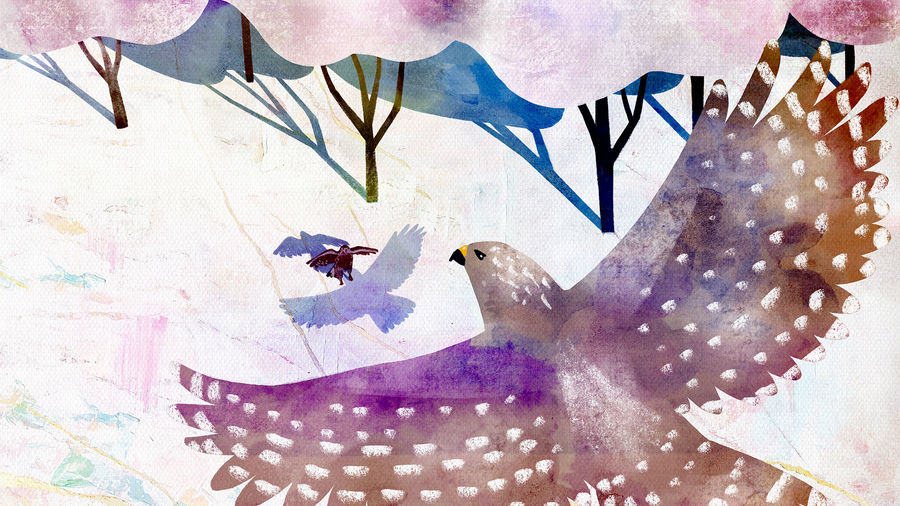 You are thirteen so, of course, I am convinced I still have some say over you.

You know what people think and what God thinks are two different things, right?

You climb in, curled around your parcel, and close the door. The fierce gold eyes of the fledgling make me want to laugh. Their intensity defies us to call it helpless. I take in the sight of you holding the hawk so tenderly. Large beads of moisture stud your sweater. Your cheeks are flushed. I feel a flash of vanity when I see how pretty you are.

The hawk is real.

The mother won’t come back if we stay.

Jules Chung (she/her) writes about gender, family, and middle-class joy and malaise. Her work has been in Jellyfish Review, Quince Magazine, Lumiere Review, Armstrong Literary, and is forthcoming in Chestnut Review and an anthology in the United Kingdom.  In 2021, Jules was a finalist for the Pleiades Kinder-Crump Prize and for the One Story Adina Talve-Goodman Fellowship. She lives in New Jersey and is at work on a novel and a collection of stories. She is online at juleschungwriting.com, @glorifyandenjoy on Instagram, and @andthewordwas on Twitter.

Self-Defense in a World of Bots

Being attacked by a human man nowadays seems quaint.

Take Pills and Wait for Hips

Some people have thought during your transition that you’re a knockoff, an off-brand woman.