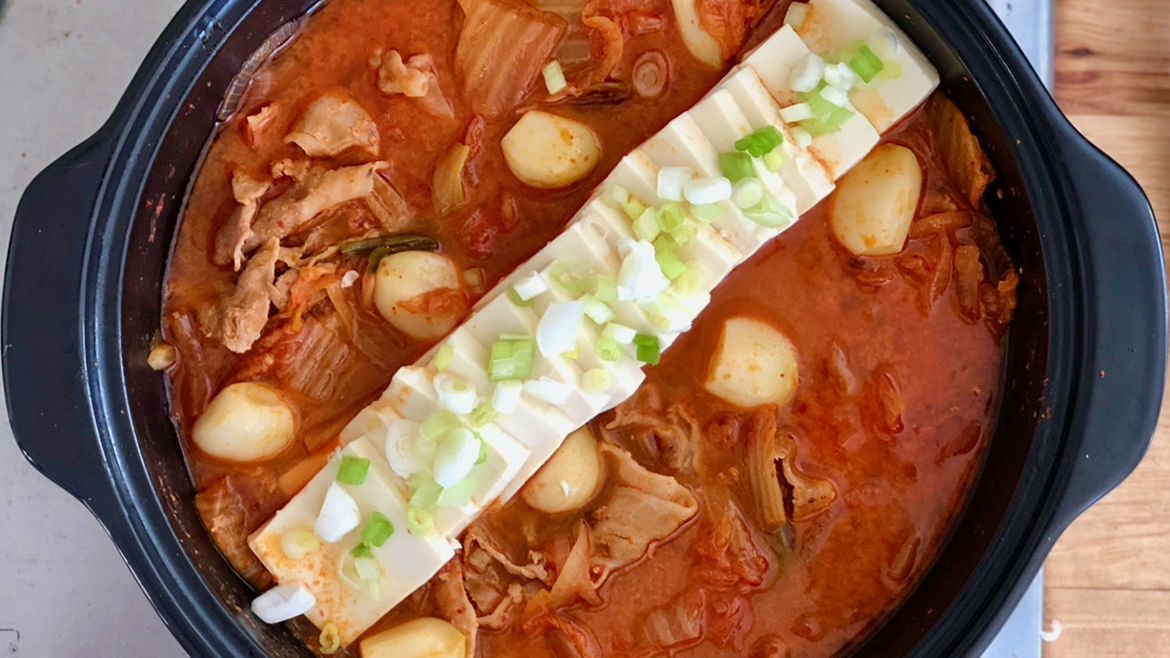 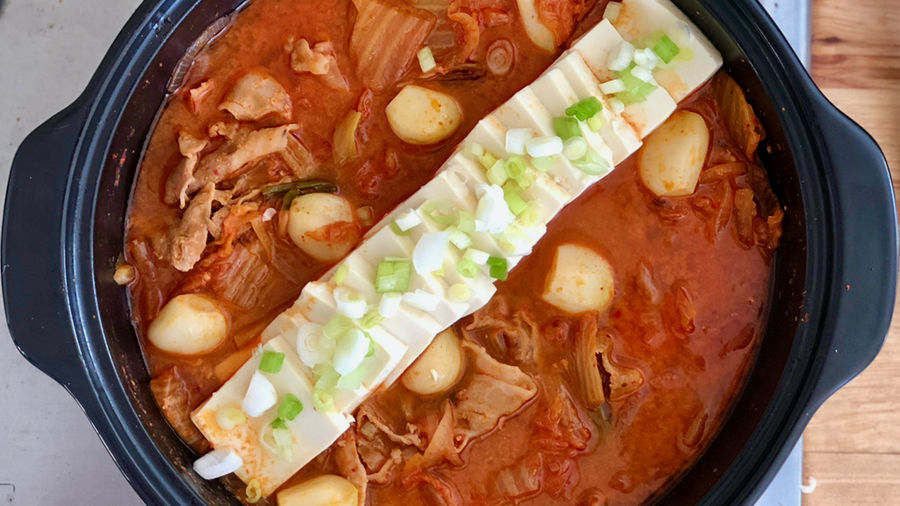 Every Time I Smell Fresh Ginger, I Think of My Uncle Sam
Noah Cho

You can turn almost nothing but kimchi and liquid into something vibrant and nourishing to eat—something that everyone seems to want right now.

To make most versions of the dish, you take old, super-fermented, dank baechu kimchi (I like it to the point where it’s fizzing and the green color of the cabbage is completely gone), cook that for a bit to give some of that funk an even deeper flavor profile, then add stock and proteins and whatever else you feel like and let it bubble away. Unlike Western stews, you don’t necessarily want it to cook forever, though it does taste better a day or two later.

Noah Cho teaches middle-school English in the San Francisco Bay Area. His writing has appeared on NPR's CodeSwitch, Shondaland, The Atlantic, and The Toast. He spends most of his free time going on hikes with and taking photos of his doggo, Porkchop. Twitter / Instagram

Why You Should Be Watching Maangchi, the Korean Cooking YouTube Star

I used to imagine having a Korean mother, someone rich in stories and jokes about Korean food and culture. My Korean mom would, ideally, be Maangchi.

“You can tell a lot about a Korean restaurant based on the banchan it offers.”