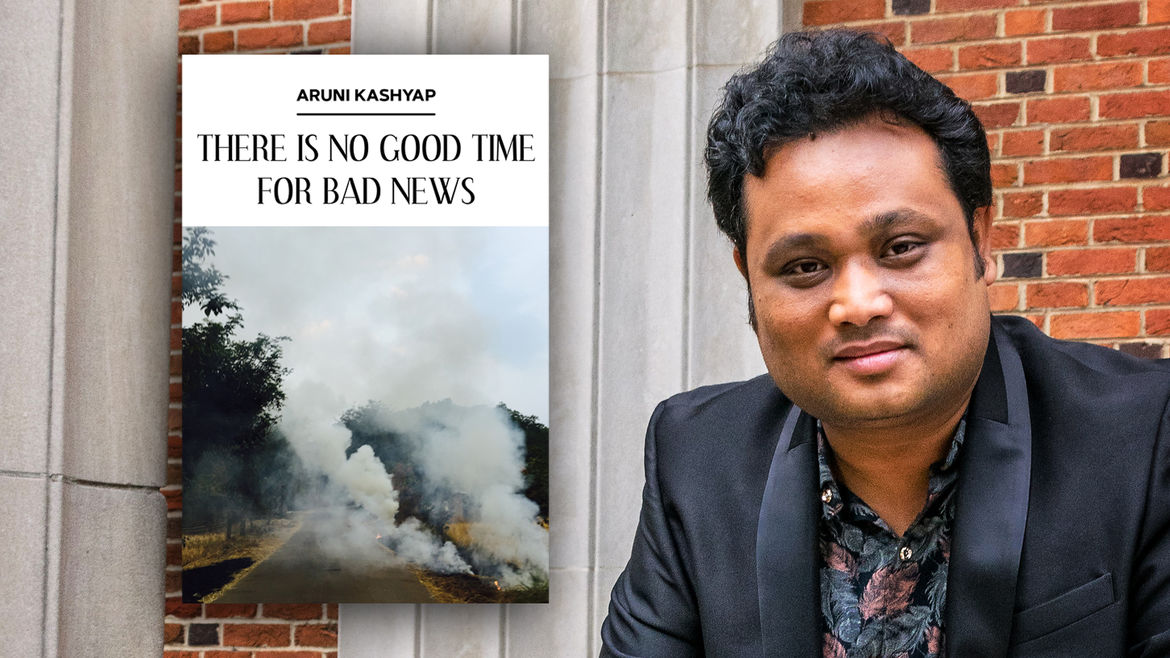 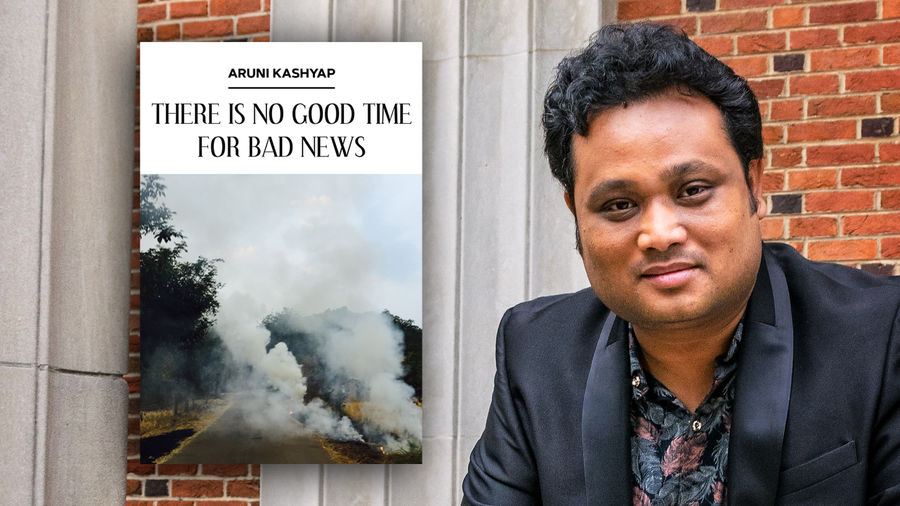 Book jacket by FutureCycle Press; photograph courtesy of the author

“Mainstream US literary culture is hostile to different ways of writing”: A Conversation with Aruni Kashyap

“I am inspired by other bilingual writers, other writers from smaller—I mean in size, not richness and depth—literary spaces.”

Namrata Poddar: You’ve been writing for several years as a fiction writer, a literary critic, an editor, and a translator. What inspired you to turn to poetry as a literary form? How was writing different from writing fiction or nonfiction?

There Is No Good Time for Bad NewsThe House With a Thousand Stories,

NP: As we’ve often talked about, the heads of Big Five publishing houses in the U.S.—now Big Four—are white, as are 85 percent of literary gatekeepers who acquire and edit books. What was it like to find a home for your poetry collection in the U.S. as a brown, queer, indigenous South Asian writer?

Nearly 150 presses rejected my manuscript, even though most of the poems were already published in reputed magazines, and the manuscript was a finalist for two awards. I spent more than two thousand dollars in submission fees. I have a full-time job. I don’t know how people who don’t have similar privileges would be able to do this. The publishing industry in this country is very unequal, and this inequality isn’t limited to the Big Five, but thank God, you don’t need an agent to publish poetry—I mean, mostly, unless you want to be published by Norton or Penguin. And I deeply admire the small presses who do this completely out of a passion for keeping the form alive. Otherwise, I wouldn’t dare to dream of finding a publisher for my poems.

What I loved the most about is a freshness of voice, a lyricism, and an aesthetic that doesn’t feel like it’s straight out of an MFA program. Your book’s aesthetic places itself squarely within a tradition of BIPOC writing from across the world, whether it’s the use of repetition, oral storytelling, folklore, or a playfulness with the English language which, in this case, is informed by the polyphony of Indian languages. Since you teach creative writing to both graduate and undergraduate students, can you share your relationship to the writing workshop? How do you see “the workshop” as a pedagogical or an aesthetic ideology impacting your writing?

NP: A “we” speaks as a recurring narrator in , a “we” of the marginalized that affirms itself against a “they” that I interpreted to be the protagonists within official narratives of India in both global media and history textbooks. Can you name this “we” for us?

NP: What struck me the most as a woman reading your book is the degree of sexual violence and grief the women in your poems undergo. As a male writer, what were some of your challenges in telling the stories of women battered by patriarchy and failed often by male leadership? How did you overcome them?

imaginatively inhabit the experiences of other souls.

NP: Some poems in pay homage to both Assamese poets, like Hem Barua and Birinchi Bhattacharya, and Western canonical ones, like Paul Éluard and Ezra Pound. Can you talk more about the poets who influence your poetry? And poet-peers whose work excites you the most these days?

NP: ends on a poignant, lyrical meditation about freedom, a freedom that India’s Northeast continues to await, as I understand it. A yearning for freedom, of course, is at the core of most, if not all, good literary writing. Can you elaborate on the specific sense of freedom your poems yearn for and your book ends with?

Namrata Poddar writes fiction and nonfiction, teaches literature and creative writing at UCLA, and serves as the Interviews Editor for Kweli where she curates a series on Race, Power and Storytelling. Her work has appeared in Longreads, Literary Hub, Poets & Writers, The Kenyon Review, The Best Asian Short Stories, Electric Literature, VIDA Review, and elsewhere. Her debut novel, BORDER LESS, was a finalist for Feminist Press's Louise Meriwether Prize, and is releasing from 7.13 Books in March 2022. Find her on Twitter, @poddar_namrata, and on Instagram, @writerpoddar.